From Mangaweka, we picked up the Gorges to Sea Cycleway that runs from Taihape to Himatangi Beach on the west coast. It connected us to the OTT (Ohakune to Taihape) Trail. The OTT Trail is described as “a chance to tackle a few hills across lumpy backcountry farmland.” It did not disappoint in its lumpiness.

What makes a ride a great ride for us has a lot to do with landscape but that’s not the only thing. The condition of the trail or road plays a large role, as does the traffic, or rather, lack thereof, and we deliberately choose routes that we hope have the least number of vehicle using them. But one of the main things that make a great ride are the unknown factors: weather, views and the people we meet along the way.

On this day we had ridden on some beautiful backroads from Mangaweka in a long loop following the Gorges to Sea Cycleway. The gorges we rode alongside and across were beautiful, deep gouges in the earth with clear rivers running along the bottom and lush green forest clinging on the steep slopes.

A short run along Highway 1 brought us to Taihape where we were able to resupply and have lunch. We met another pair of cyclists heading north on very lightly packed bicycles. They chose to ride the paved highways so we parted ways after lunch as we had little or no interest in cycling along those busy roads.

With fresh supplies in our panniers we rode out of Taihape on the highway to the nearest turnoff to continue on the OTT Trail to Ohakune. The asphalt quickly gave way to gravel and the road continued to climb into the hills of the central North Island on the southern border of Tongariro National Park.

As the road climbed further and higher, and the day wore on, our thoughts turned to where to get water and where to camp for the night. Turning north on the Turakina Valley Road a sign announced we had entered Kowhainui Station and a large group of people sitting around a table under a shed roof waved us in.

They offered us a beer and before long a place to pitch our tent on the grass behind one of the bunk houses. Ricky and Evelyn and their family were in the middle of bringing the ewes and lambs in from the surrounding pastures for shearing, and culling the fat lambs to send to market.

They run about 30,000 ewes and lambs on 1,000 hectares as well as cows and calves. It’s a family run operation and everybody pitches in. The day starts early before sunrise and carries on until dark. In the short time we spent with Ricky and Evelyn’s family we witnessed a little bit of how a sheep station runs. They generously gave us a place to stay and fed us dinner and breakfast. Thanks to Ricky and Evelyn’s hospitality we experienced a great slice of New Zealand life that we’ll treasure for a long time. It made for a great ride. 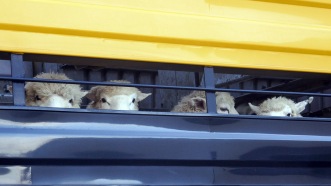 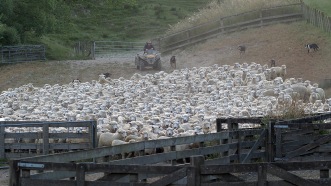 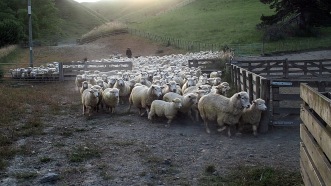 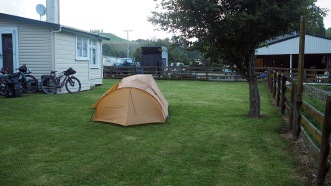 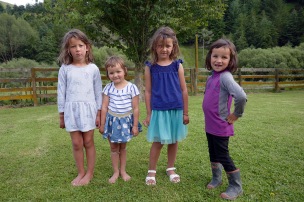 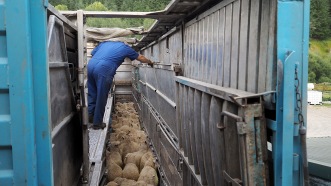 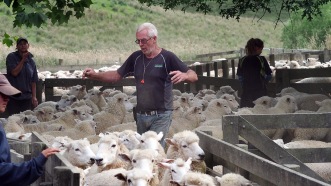 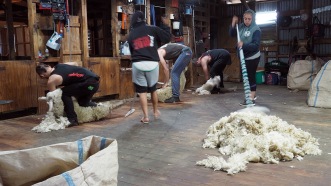